The Begorett velomobile is a design study: 40 kg weight and 1.08 m overall width and 4×26″ wheels. “I’ve got a fair share of bad roads as well as multiple train tracks and flap bridges on my daily commute and thus experimented with 24″ and 26″ front wheels, i prefer 26″ wheels”. Engine could be between 250w and 12kw. 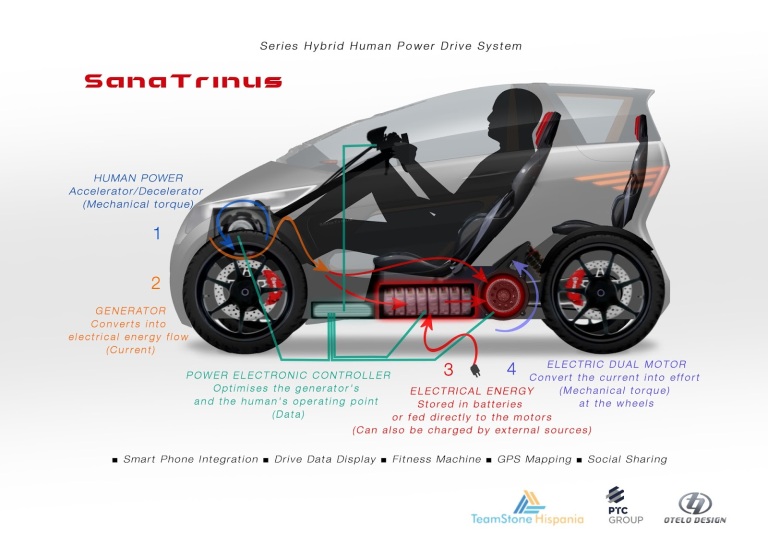 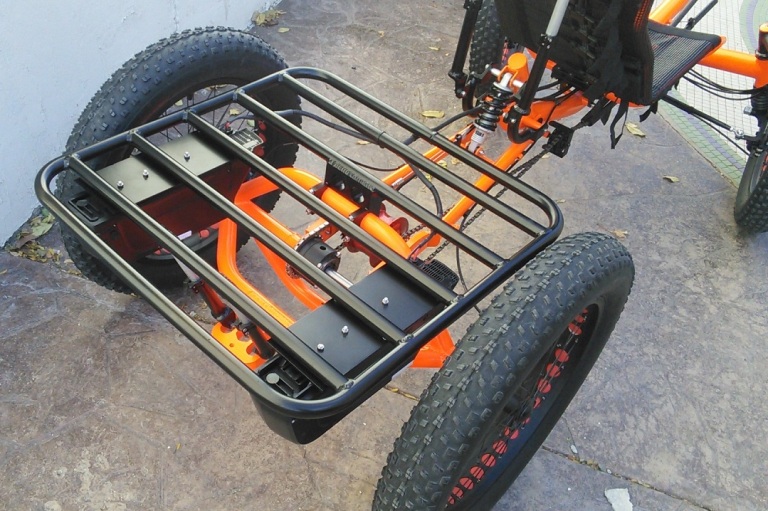 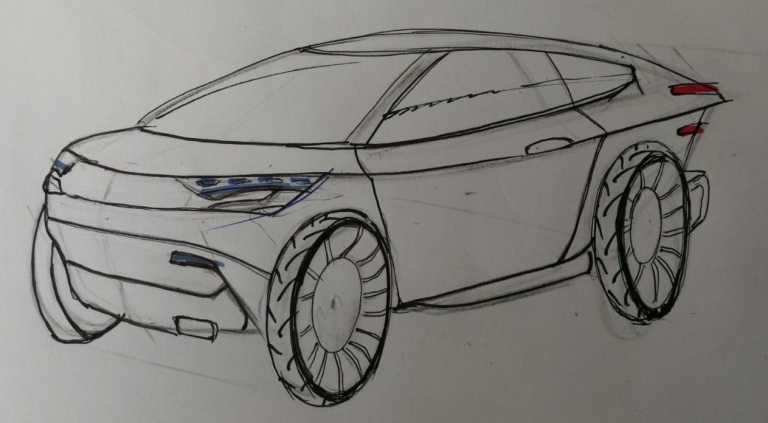 China wants sales of EVs to account for around 20% of all vehicles sold in 2025, rising to around 50% in 2030. The EV sales (cars and light trucks) went up over 50% in 2017, the Government announced a new quota which forces manufacturers to ensure that 10% of sales are EVs by 2019, rising to 12% a year later. EV start-ups are launching everywhere in China, but only 15 have the coveted new production licences issued by the government. (Source: Dunne Automotive)
BAIC BJEV EV-making arm of Beijing Automotive Group started in 2009. Already builds a range of EVs, so the licence could be for a new venture.
Changjiang EV Part of FDG Electric Vehicles Limited, which also makes batteries and electric buses. Based in Hangzhou, Zhejiang Province.
Chery NEV Chery is one of the big state-owned vehicle-makers in China and already produces a range of EVs, so this must be for a new venture.
Greenwheel EV This Shezhen outfit already builds electric buses, vans and a couple of EVs, according to its website.
Hozon NEV A new company based in Jiaxing City, Zhejiang Province. It showed an electric SUV concept in 2016 and is readying a factory for 2019, Car News China reported.
JAC VW Group Potentially the biggest. The two firms signed an agreement in June to make EVs and operate a mobility service. The first car is slated to arrive in 2018.
Jinkang NEV Owned by the Chongqing Sokon Industry Group, a specialist in mini vans and the parent company of ambitious EV start-up SF Motors.
JMC New Energy This is the EV-focused arm of Jiangling Motors, based in Nanchang city, Jiangxi Province. It is best known for its light trucks, and will be launched under the name ‘Blade Electric’.
Min’An Auto EV arm of exterior vehicle trim supplier Minth Group, and the first to gain an EV licence.
New Energy Vehicle Sweden (NEVS) The company which bought the assets of Saab from General Motors, but not the name. It has exhibited a concept based on the old Saab 9-3.
Qiantu Backed by Beijing CH-Auto, this start-up has ambitious plans to crack the US market and hopes to launch a supercar first.
Suda EV Based in Sanmenxia, Hunan Province, this company has shown a couple of small EVs but does not seem to have started production, despite setting up in 2010.
Wanxiang Group One of China’s largest automotive suppliers, based in Hangzhou, Zhejiang Province. Owns battery maker A123 Systems and EV brand Karma (formerly Fisker). Builds Karmas in California but not yet in China.
Yudo NEV Yudo is based Putian, South China’s Fujian Province, and launched its electric SUV, the Yudo Pi1, in August 2017.
Zhidou Already one of the biggest makers of EVs, and its small D2 was the second most popular EV in the sales charts late last year. This licence must be for a new venture.

Ford will start new collaboration with Zotye to make EVs. Ford and Zotye will build a new factory in Zhejiang. The market for EVs in China will exceed 4m units by 2025. Volkswagen (VW) has formed a new partnership with Anhui Jianghuai Automobile Group, also known as JAC, to build EVs, making it the third partnership for the German OEM in China. BMW is reportedly in the process of signing a JV with Great Wall to build electric Minis. Renault-Nissan has set up New Energy Automotive Co with Dongfeng to build a small electric SUV for 2019. General Motors (GM) is leveraging its relationship with SAIC to ensure that “almost” all of its cars sold in China will be electrified in some way by 2025, according to CEO Mary Barra.
“Everyone will lose money on EVs for the first several years,” Dunne predicted. “Thousands of dollars per vehicle. Several young start-ups will go bankrupt. China’s unapologetic message is: losses on EVs are the new price of access to the world’s largest vehicle market.”
New electric-focused companies have been lured in by extremely generous subsidies starting in 2009, and Dunne estimates that China will spend a further $60 billion by 2020 to encourage electric car sales, albeit with a bias on longer-range EVs with bigger batteries. The success of cars like the two-seater E100 from Baojun, which is jointly owned by GM and SAIC, has prompted foreign companies to opt for smaller vehicles in order to crack the market. However, the Chinese government wants OEMs to focus on electric cars with a more universal appeal, rather than just city runners.
Tesla is reportedly in talks to set up one of the first 100% foreign owned factories in a new free-trade zone within China. The major drawback with these zones is that cars built there will still be subject to import tariffs of 25%. Tesla’s dilemma is just another example of China’s brazen protectionism. One of the worst when it comes to electric cars is the favoritism towards China’s battery makers. Analyst Roland Berger reports that 90% of electric cars sold in China are powered by batteries from Chinese makers, which is hardly surprising when cars powered by batteries from foreign makers such as Panasonic, LG Chem and Samsung are excluded from China’s generous state subsidies, even when those batteries are made in China.