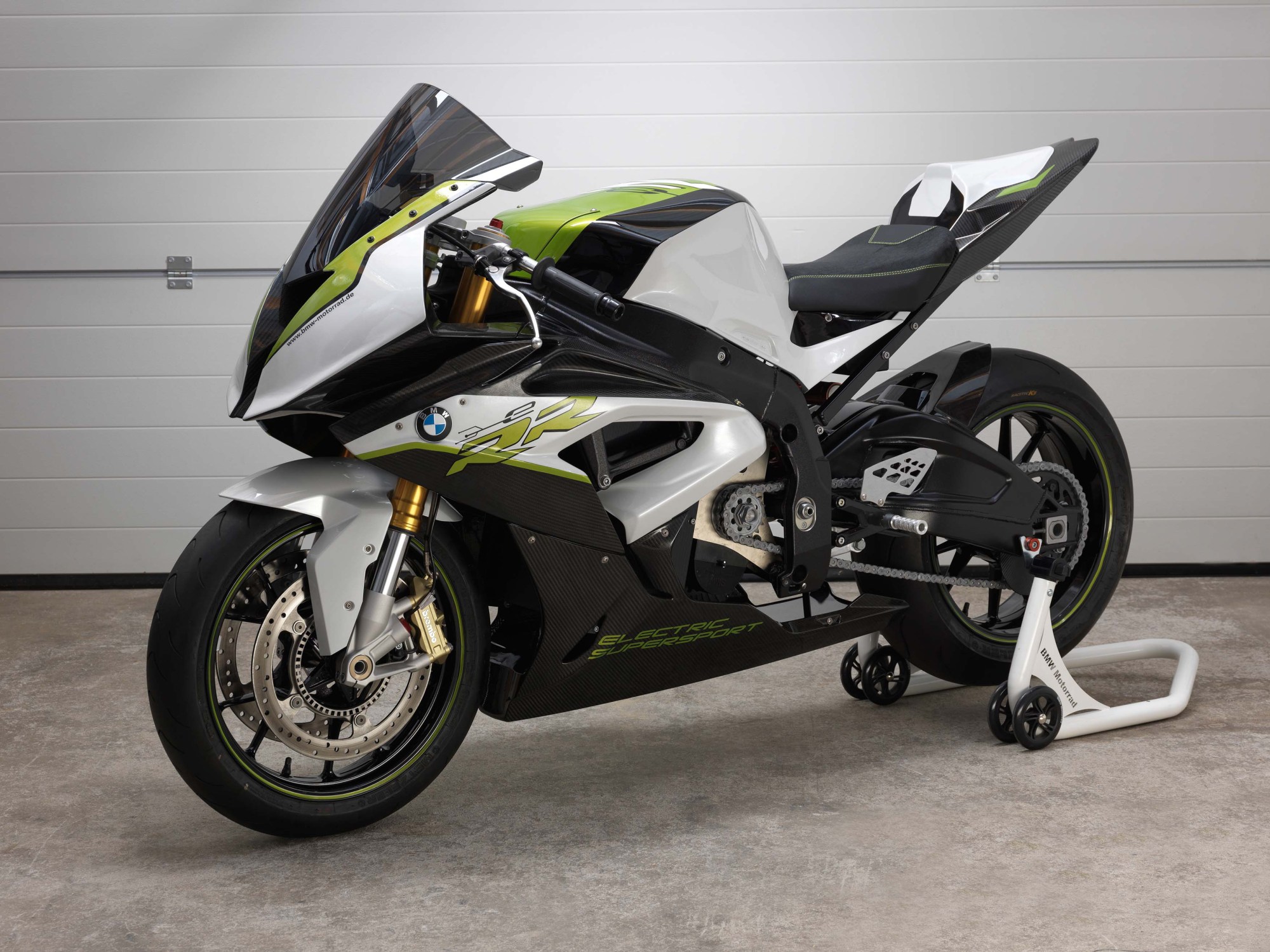 Electric bicycles (e-bikes) continue to be the highest selling electric vehicle on the planet, with nearly 35 million unit sales forecast for 2016.The global e-bike market is well-positioned for continued growth, mainly in the Li-ion battery segment. According to Navigant Research, global e-bike sales are expected to grow from over $15.7 billion in revenue in 2016 to $24.4 billion by 2025. 2015 electric bike sales in the Netherlands surged with a big 24%. The 276,000 e-bikes sold is excluding speed e-bikes. Sales of this category upped with 43% to 3,571 units. The other main market in Europe for e-bikes – Germany – also showed big double digit growth. The sales volume stood at 535,000 units; 11.5% more compared to the 2014 volume. E-Bike production in Germany saw a 37% growth from a quarter of a million units in 2014 to well over 300,000 units last year. In Germany electric bicycles now account for 12.5% of the total bike sales; in Holland the e-bike market share in 2015 reached 28%. This figure is close to the development Bosch predicts for the e-bike market in Europe in the next five years.
Bellow picture – worldwide sales of ebikes in 2015, China leads the e-bike revolution. 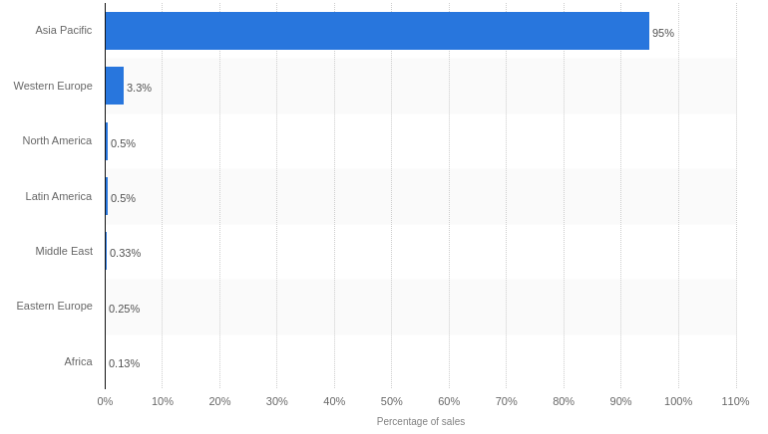 China’s electric bike industry experienced its first production drop in the past 15 years in 2014. During the first half of 2014, the production of the top 50 e-bike manufacturers dropped by 1.98%; a big contrast to the annual average 30% increase in the past. Currently, major motorcycle manufacturers are entering the e-bike industry at full speed as demand from the motorcycle market shrinks. China’s motorcycle tycoons like Haojue, Zongshen, and Dayun are all investing in e-bikes. In the year 2015 the total gas motorcycle production and sales dropped by 11.57% and 11.71% compared respectively with 2014. The decline increased by 4.49% and 4.12% compared with that of 2014. A July 2016 report from the Confederation of the European Bicycle Industry CONEBI provides statistics about the EU production and sales of e-bikes. CONEBI believes that e-bikes should be the first step in a “bottom-up” process of the e-mobility revolution. Present focus is on pedalecs, next wave should be with more powerful two-wheelers such as e-bikes, e-mopeds and e-scooters and later third wave will be with electric cars.

More details from Electric Bike Report – sept 2016:  According to an article from 2015, there had been at least six successful crowdfunding campaigns for ebike startups as of about one year ago.  A quick search at kickstarter.com shows that there are currently 74 campaigns underway for electric bicycles, scooters and related products. Bosch predicts that “eventually, eBikes will account for one of every three bikes sold in the European Union, a ratio now achieved only in the Netherlands. Until then, we predict that e-bike sales will continue growing at a rate of about 15 percent a year.” Overwhelmingly, China continues to dominate the world ebike market but the average ebike in China sells for about $450 versus roughly $2000 for its European counterpart. Also the Chinese market has almost reached the saturation point. Of the 30 million ebikes sold in the last year, about 25 million are replacements for worn out bikes.” It should be noted that the Chinese market growth of 5 million units per year is still more than double the total number of ebikes sold in Europe last year.
For many years, the only allowable electric bicycles in most European countries were pedelecs.  The European Union has recently expanded the definition of electric bicycle to include more powerful models which may be equipped with throttles, but pedelecs with a top assisted speed of 25 kph remain the only type that do not require type approval. The S-pedalecs trend in EU is linked to the rising sales of higher-priced models. In Europe, consumers have proven to be quite willing to lay down the $2500 to $5000 that such products cost, and American consumers seem to be following suit. Than there is the rise of the off-road ebikes, the eMTB are the main excitement in EU, this eMTB fever is spreading to the US and Canada. Bike industry officials say that in 10  years there wil be no more MTBs without electric engines, while now many end-consumers purchase full-suspension eMTBs for comfort or style reasons,  to use them mainly on pavement or light trail riding.
It is an exciting time for ebikes and those who love them.  Ebikes represent nearly one in two of overall bicycle sales in China and sales show no sign of declining.  Experts agree that the sales ratio in Europe will level out somewhere between the one-to-two and the one-to-three level.

In the e-scooter market, battery swapping startup Gogoro is transforming urban mobility by offering its e-scooter customers a battery swapping network, removing the range anxiety common to most types of electric vehicles (EVs). Gogoro has sold over 2,000 of its e-scooters over the past few months in Taiwan (using an infrastructure base of 90 GoStation battery swap stations), and the company has raised an additional $130 million in Series B funding from Panasonic (its battery supplier) and the National Development Fund of Taiwan. Forbes reported that Gogoro will be expanding its program (which is currently only in Taipei, Taiwan) to Amsterdam in early 2016. Aligning with Amsterdam’s smart city initiatives, Gogoro is aiming to become more of an energy company rather than solely an e-scooter manufacturer. The company’s GoStations are cloud-connected and are expected to coordinate with electricity grid demand in Amsterdam, charging batteries only at times when energy demand is low. Gogoro is becoming a disruptive force in the industry, and the company has now raised over $180 million since being founded back in 2011. If the company’s business model can prove successful in Amsterdam, there’s no limit on the number of large European cities that could benefit from congestion-reducing e-PTWs. 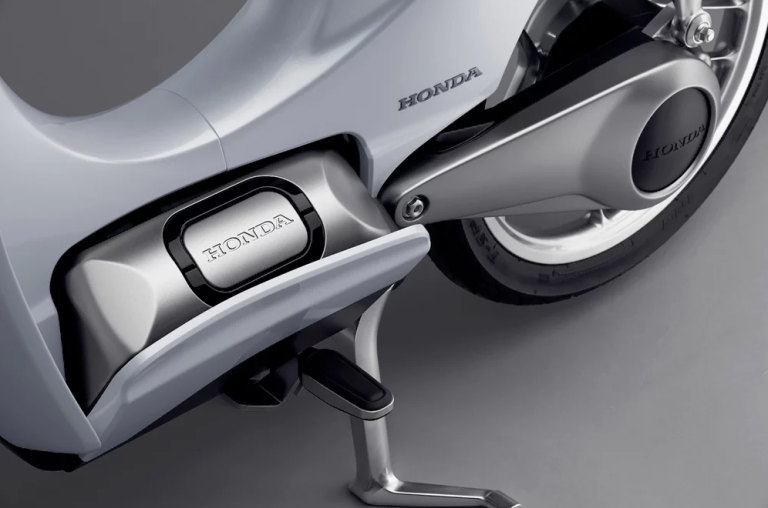 The sleeping giant in the industry, Honda Motors, plans to launch an electric scooter in 2017. This will be the first time Honda will sell an e-scooter, sales are expected to be concentrated in Japan, China, and other Asian countries where population density is creating congestion and air pollution problems. Meanwhile, BMW Motorrad unveiled a new e-motorcycle concept called the eRR, a further expansion into e-PTWs since BMW first released the C Evolution Maxi-Scooter back in 2014. 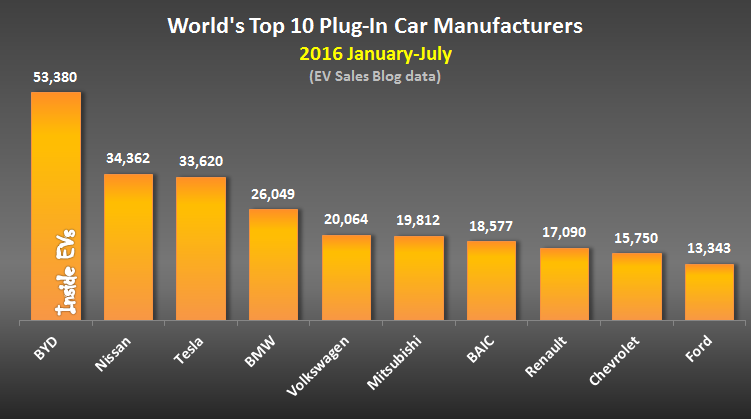